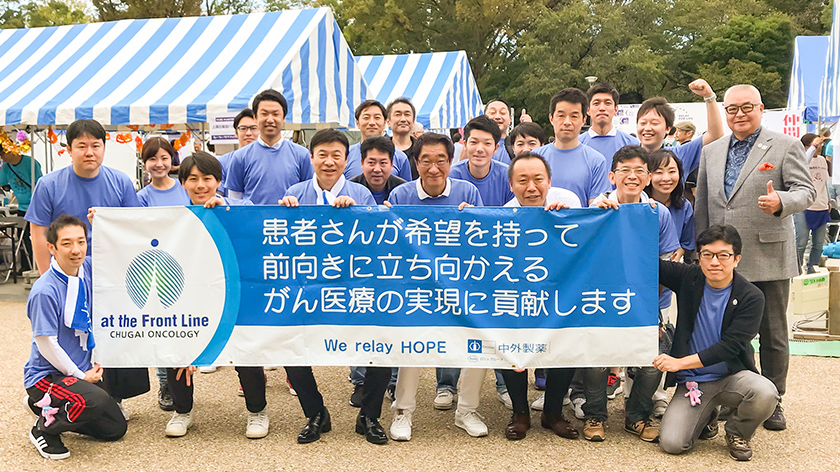 Relay for Life Japan (RFLJ) is an awareness support campaign that forges ties in the fight against cancer, the highlight of which is a 24-hour walk-a-thon in which cancer patients, their families and supporters compete as relay teams. The event aspires to celebrate the lives of cancer survivors, honor the memories of loved ones who have died, and stand up in the fight to conquer cancer by educating the public about prevention and exams. In 2019, the event was held in 48 locations throughout Japan. Chugai employees have participated as volunteers in the RFLJ since 2007, and in 2019, a total of 600 employees participated in “Team Chugai” at 31 locations nationwide. As “Team Chugai” members described the display on TRY scope, participants looked into their viewers to learn about phenomena related to cancer, gaining an understanding of the importance of early discovery and treatment of cancer.