On Saturday, March 23, a hands-on deaf futsal event was held at the Edogawa City Rinkai Ball Park. A total of 16 people, including employees of the Chugai Group and their families, participated.

Cooperating in the event were seven players from Japan’s national deaf soccer and deaf futsal teams, including Chugai’s own Takehide Shitara, who is himself impaired. Through this experience with “silent soccer” (deaf futsal), the participants gained an understanding of para-sports and insights into their enjoyment.

Participants wore earplugs to make it harder to hear and divided up into four teams for a round of tournament-style futsal matches. To conclude the event, a special match was held between the players of the Japan national team and a select team from Chugai. Participants commented that the event was a lot of fun and a great opportunity to interact closely with athletes from the national team and that it was nice to be able to learn some simple sign language.

Through para-sports, Chugai is working to achieve an inclusive society in which persons with impairment can play an active role. 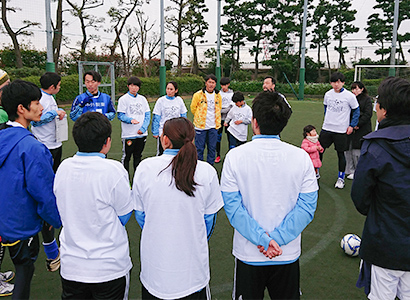 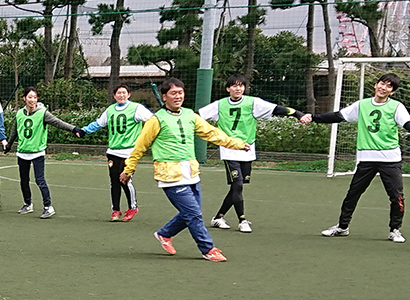 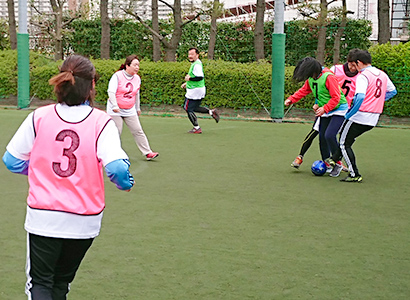