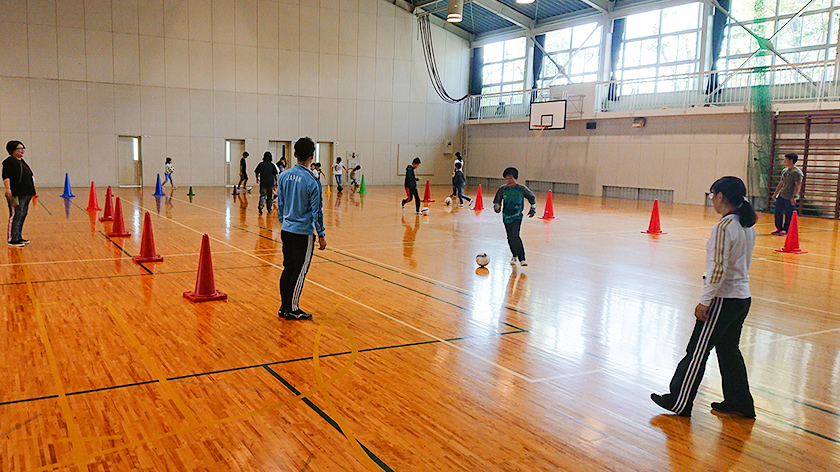 On Saturday, November 10, the Gunma Prefectural School for the Deaf held its “Autumn School,” sponsored by the school’s special support classroom parents’ association.
The “Autumn School” is an event designed to provide for interaction between hearing-impaired students attending regular schools in Gunma Prefecture, as well as between those students’ parents.
This year, Chugai’s own Takehide Shitara, an alumnus of the Gunma Prefectural School for the Deaf, was asked to serve as an instructor for a hands-on deaf soccer event.
The event was held in the gymnasium, which also provided a venue for student interaction. Using sign language, the students played color tag and practiced dribbling by color, followed by dribble and shoot practice and a competition-format game.
After the event, Mr. Shitara gave a lecture to all the participants and their parents. He spoke about his life prior to becoming a working adult, his deaf soccer and deaf futsal activities, and talked about Chugai. An informal get-together followed.
The participants commented that it was a lot of fun playing soccer again this year and expressed interest in the fact that there are companies where the hearing impaired can work.

Through para-sports, Chugai is working to achieve an inclusive society in which persons with impairment can play an active role. 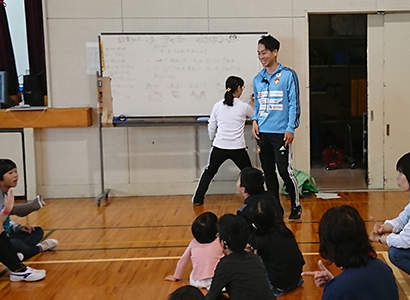 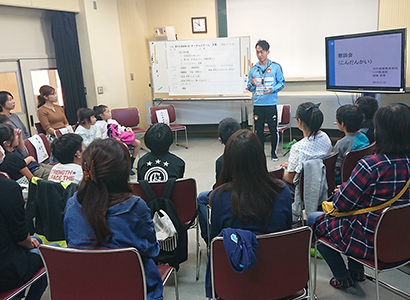