On Saturday, November 11, Chugai sponsored a lab class held by the Yokohama Association for Promotion of Gender Equality.

The children learned the proper location of the squid’s parts by examining the samples in front of them, answering questions from the instructor as they drew pictures of squids in their lab notebooks. During the dissection, students who at first poked cautiously at the squid were soon keenly observing parts they had never seen before, and it was impressive to see them taking off on their own with their observations during the free time afterward. Ms. Hayatake, their instructor, noted that, “I’d be delighted if, by using a familiar creature that regularly appears on their dinner tables, the children will gain even a small interest in squid and other living things.” 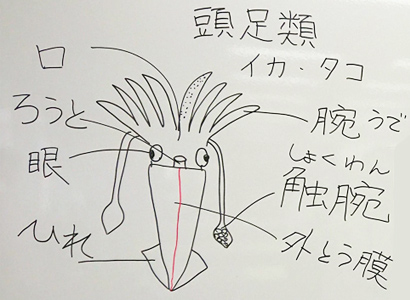 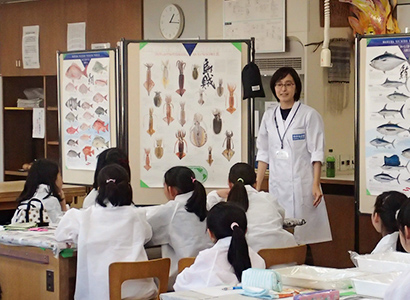