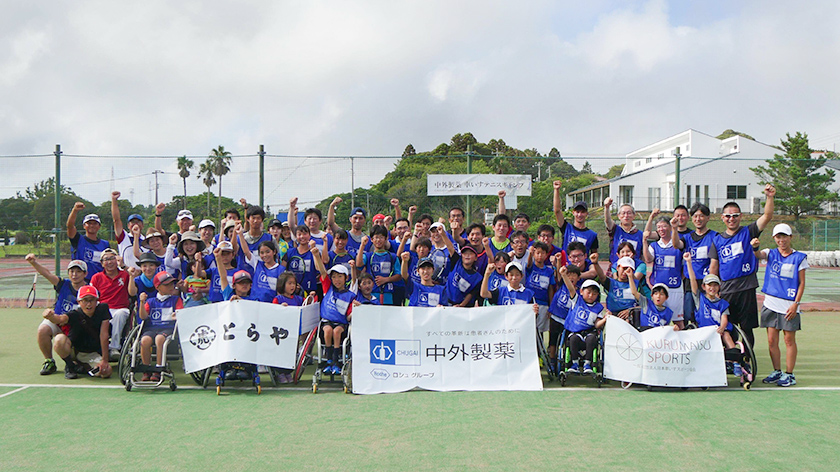 On July 28 and 29, Chugai sponsored a wheelchair tennis camp in Katsuura, Chiba Prefecture, organized by the Japan Wheelchair Sports Association. This year will be the third year and a total of 12 volunteers participated, including Chugai Group employees and students of Kanto Gakuin University, with a total of 75 people attending the camp.

Due to the effects of the typhoon, the first day’s practice was held in a gymnasium, but on the second day the skies were clear, and participants were able to practice on the tennis courts. Participants included children playing tennis for the first time, those who, because of severe impairments, were on their first family outing, as well as local children. The children had a great time playing tennis, something they normally have few opportunities to try, and had fun taking on the challenge with their friends. This camp offered a real sense of the value of participating together, regardless of disability, age or gender, each playing in their own way to the best of their abilities.

Chugai supports para-sports with the goal of achieving an inclusive society in which everyone can make the most of their own capabilities. 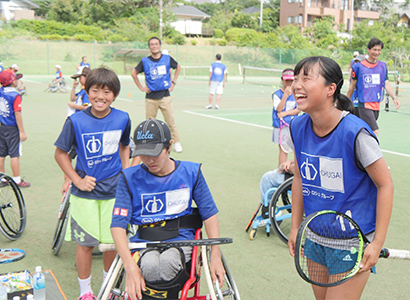 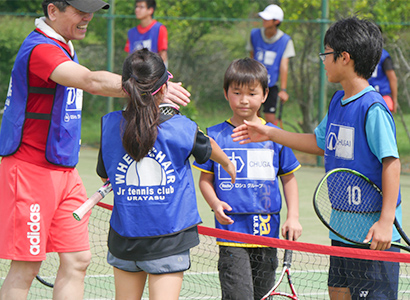